We are our own actions. - Lily Cramer

We are our own actions.

We are responsible for our own actions. As a little child we are told continuously (in whichever language) you reap what you sow. It can hold you back if you are worried for what you may become responsible for. Courage is a seven-letter word but the performance isn’t that easy to dissect. At the endof the day, you won’t gain much if you don’t act when you have nothing to lose.

“Be yourself, don’t take anyone’s shit, and never let them take you alive.” – Gerard Way

Fight the fear, live the love!

One of the main reasons people stop themselves from grabbing fear by the balls or taking it by the horns is because of fear and worrying. People who worry get called worrywarts and wrinkles. It is natural to worry slightly- to envision your future and try to take care of those whom we love but you need to keep it to a reasonable amount. Instead of focusing on worrying and being reactive, take destiny into your control and become proactive.

I think there is great knowledge to the saying: “If you don’t stand for something, you will fall for everything.” Airheads are about as valuable as blow up dolls since they hold about the same content. Watching series like The Hills and Jersey Shore with these annoying “Oh my god ya.. like ya.. I really like that..” make me want to puke. Get some content and there is no point to agree with everything someone says like the Eddie Murphy movie where he is the king and is about to marry a woman who kept saying whatever you like. There is a reason he escaped to America. This is not only for dating or whatever but in general you need to have a strong head on your shoulders.

You are in the driver’s seat

I admire initiative. There are so many people that are all talk but how many face their fears and walk the walk?

An example is honesty. People in the Netherlands definitely do honesty right and sometimes even to a downright ridiculous level. The best motto is that sincerity will lead you down the right path – just made that up, not sure if it is an actual saying. I make a habit not to dish out compliments that are not sincere since I don’t think this adds any value. Sure, it might stroke your ego if you are feeling down but it still isn’t real.

Another thing is pride. There are so many concerned by how things will affect their pride. With the current technology and high amount of choices everything affects your “status” and you’re subject to opinions and even ridicule. It can stop an individual from talking to family, friends and lovers by making them feel they have something to lose: pride.

You are responsible for your actions but you are the only one who decides whether it went well or not. If you decide you made yourself proud – Sleep sound knowing you were the best you could be. If you decide you have failed – Failure is one of the many learning tools in life. The only way a day is wasted is if it is a day not lived.

Tip of the day: Find something to stand for.

Welcome to the health & lifestyle section! 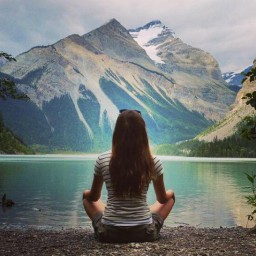